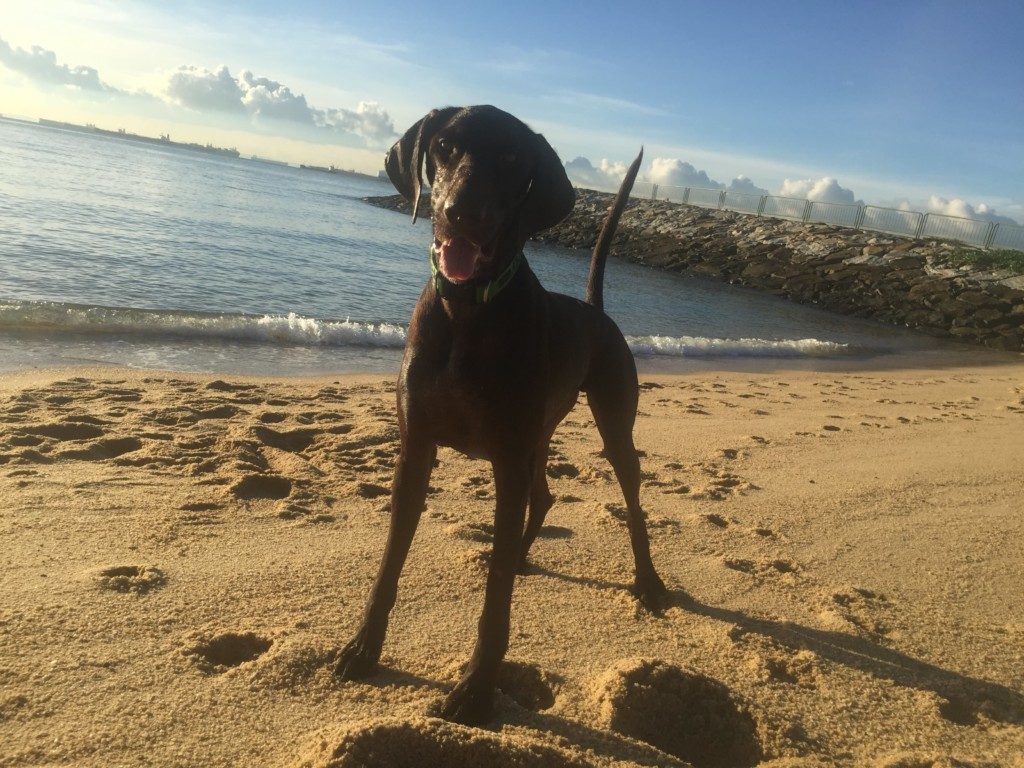 Hector...OMG what an awesome friend to have! Hector is such an easy going dog who just goes with the flow of whatever is going on as long as you provide him with lots of cuddles and promise to play ball with him at least three times a day. He is well travelled, originally a Bondi Beach boy from Australia he now resides in Singapore and may soon be heading overseas again on another adventure with his dad.

This was the second time we had the opportunity to "hang with Hector" and we loved it even more than the first, especially after the wonderful welcome he gave us when we picked him up from the doggie day-care. His cruisey nature combined with his intelligence and the brilliant training he has had (huge credit to his dad) just make him such a joy to be around.

Being an apartment dog at the moment we would go out as much as possible with him, to the park (at least three times a day), for a run each morning, down to a cafe for drinks, lunch or dinner, and he was always so perfectly behaved. But he also loved laying with you (and often on you) on the couch and watching some tv or 'helping' you with your work.

He loves his food (and needs a lot of it) and his favourite treat was watermelon which we would share every day after our run. Hector also has a special treat that we call the Hector Day Spa where he loves to lick your feet, legs, hands, arms, and if you let him, you will be given the special Hector kiss on your face. So if you love lots of affection, he is your man!

In Singapore, all dogs are misunderstood as there is a culture of fear surrounding them and especially large dogs. Often Hector was thought to be a Doberman or a Rottweiler and we had to re-educate on what a German Short Haired Pointer was and often you would see the fear in peoples eyes as you approached which was such a shame because the only thing Hector would ever be guilty of would be licking you to death LOL

Saying goodbye to Hector was also more difficult this time as we aren't sure when we will get to see him again as he heads off on another adventure but we are super grateful to have had the opportunity to spend time with him and will always hold a special place in our hearts for him as we look forward to following his adventures on Facebook. 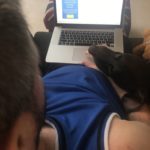 Hector "Helping" Clark with his work 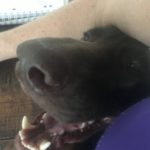 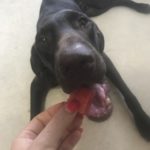 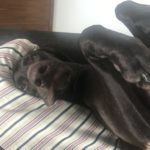 This is my cute pose, do you like it? 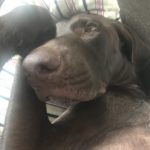 This is so embarrassing... 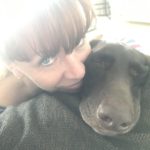 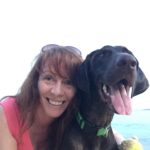 Hector and Tegan at the beach 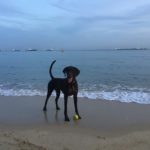 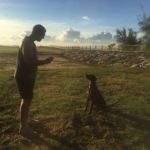 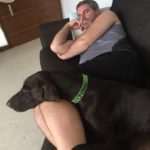 The two boys taking a nap on the couch 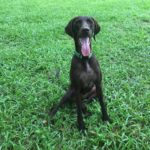 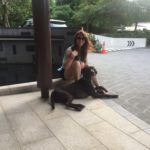 Waiting for dad to arrive home
Posted in Blog, Pets